Caffeine – gets us moving, at what cost? 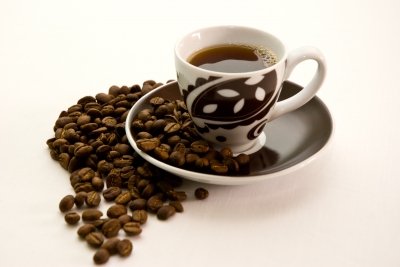 “Let’s meet for coffee”.  Who doesn’t say it?  I don’t even drink coffee and it is still a phrase that trips off the tongue.   Coffee has reached cult status and it is no surprise.  That hit of caffeine feels good.  When you start adding in creamy milk, syrups and chocolate sprinkles, it becomes even more appealing.  An estimated 1.7 billions cups of coffee are drunk per year in UK coffee shops and the coffee shop sector is one of the most successful in the country[1].  Then there is tea and as a tea-drinking nation, we know all about the allure of that.

Where is the caffeine?

Did you know caffeine and quinine are the only drugs that are present naturally or added to widely consumed foods?  Here are some of the obvious places we find it along with the amounts of caffeine found in a serving[2].  To give a comparative indication of levels, pregnant women are advised to have no more than 200mg a day. 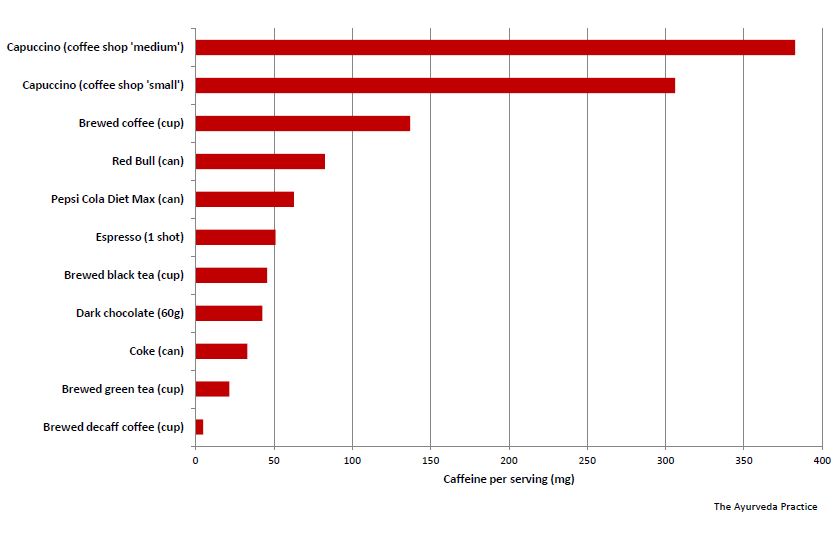 Why are we consuming so much caffeine?

Caffeine acts as a stimulant, making us feel more alert and stimulating the central nervous system and the heart.  If our minds are in a fog and our bodies are lethargic, caffeine clears the mist and switches us back on.  The growth of the coffee industry has in many parts got to do with clever marketing and product innovation but it would seem in no small measure to be due to the fact that there is a lot of fog and lethargy to clear.  The food we eat, the hours we work and sleep and the stress we pile on ourselves can often make us feel heavy and sluggish, as though our batteries aren’t charging up properly. You know that feeling where you just don’t have the natural rise of energy anymore and you need to use sheer will-power to get you up and through the day?   Caffeine seems, at face value, a great antidote to this.

Caffeine gets us moving but at what cost?

Caffeine increases movement in the mind and body and thus increases the vata dosha.  Ongoing use of caffeine can leave us with a vata imbalance which can mean symptoms such as:

Caffeine appears to clear the fog but it isn’t getting to the root cause of the fog.  This ‘fog’ will often be due to poor digestion and accumulation of aama (toxins due to this poor diet and digestion).  Caffeine doesn’t aid the digestion or cleansing of these toxins. We have a short term ‘boost’ which gets us through the day but merely masks the underlying problems.  To obtain true energy boosts, the only real way is to go back to basics and find out what is causing the sluggishness in the first place.  By throwing caffeine at the problem, vata in the body and mind increases alongside the low digestive fire and associated toxins, causing its own set of problems.  By virtue of its deregulating nature, it can even make the original problems worse.

There are some results to show that coffee can help sufferers of type II diabetes, but it is worth bearing in mind that both caffeinated and decaffeinated coffee do this so any benefits are not due to the caffeine.  Generally, however, caffeine is known to elevate blood-sugar (glucose) levels and lower insulin sensitivity[3].  What does that mean?!  It means that on consuming caffeine, our bodies’ reaction is to release blood-sugar into the body in a ‘fight or flight’ response.  This means that our body is pumped with glucose, ready to go into battle but there is no battle!  Then there comes the inevitable slump afterwards when the blood-sugar drops.  Here we crave more caffeine or sugar to boost our blood-sugar levels again.

This doesn’t matter on an occasional basis but if we are permanently telling our bodies to do this, our body is going to lose its ability to control the blood-sugar levels in the body.  This ‘blood-sugar roller coaster’ can lead to fluctuating energy levels and fatigue (just what we are trying to avoid in the first place!), slump in energy in the mid-afternoon, food cravings (especially sugar), weight gain, mental symptoms (irritability, mood swings etc) and ultimately, of course, type II diabetes. 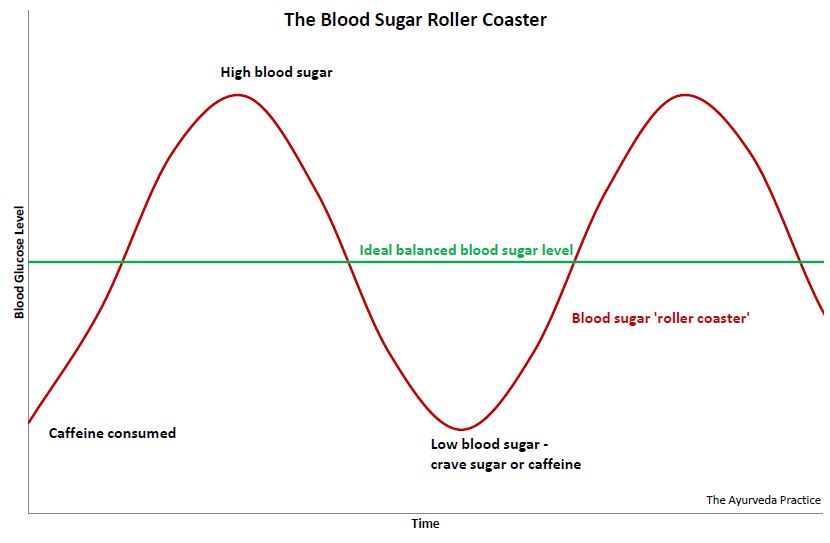 At risk of being a complete kill-joy, I’ll just quickly mention a couple of other side-effects of our favourite drug.  High blood pressure and osteoporosis.  There, done.

It does hurt a little, giving up or reducing caffeine;  it is addictive and we do get withdrawal symptoms. However, they don’t last long and you’ll find you feel better for it in a week.  Try coffee alternatives such as grain coffees, redbush and herbal teas.  If you really can’t do without, have one cup of caffeine (preferably something like green tea) before the afternoon, along with food.  Willing to give it a try?

Until next time, take care of yourselves.

Photo of cup of coffee thanks to FreeDigitalPhotos.net

[…] caffeine after lunch. The half-life of caffeine in the body is about 6 hours – i.e. 6 hours after drinking […]

[…] THAN: caffeinated tea and coffee BENEFITS: Not only does drinking herbal teas reduce your caffeine intake (see here […]

[…] .  These rollercoaster blood sugar levels could be coming from caffeine, high GI food (including juices and smoothies), often eating carbohydrates without some form of […] 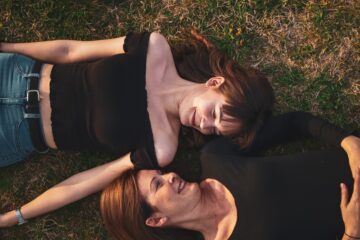 Thankfully the menopause is getting a lot of airtime now, and so it should.  It has been a source of shame and misunderstanding for too long.  How do we view the menopause in Ayurveda? Menopause Read more… 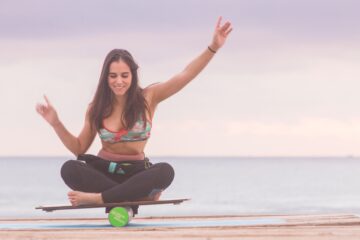 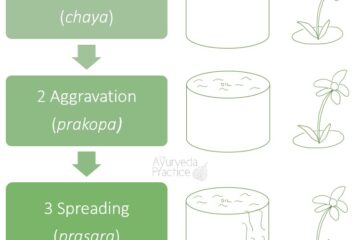